Do you wish a more detailed free eBook on MALAK KALI? Just send us a message on Facebook www.facebook.com/malakkalifightingsystem and we will gladly send you our detailed information! MK is a concept. The term “concept” to me seems to be more open than “system”. Yes, MK is systematical in its training, but it is open for development. It’s also pragmatical, meaning we do not follow a deep “philosophy” or some such.

MK is about the REALITY of the streetfighting today, about the reality of the very real threat we have to face today. There is a war going on worldwide, it now has reached Europe. This is not a normal war. It is a war carried out against the civil population by means of terrorism, violence, crime, rape. It is a war on the streets.

And thus the term “streetfight” is quite apt. Malak Kali is a fighting system, thus it’s a MARTIAL ART in the original, true sense of the expression, meaning it’s a training for warriors, soldiers, defenders and protectors. We encourage our practitioners to use violence as a last resort only, but at the same time we want them to be able and willing to defend themselves and others with all means necessary.

Given the rise of violence throughout the world today, with both crime and terrorism, the use of weapons for self-defense and protection has become unavoidable in order to assure the capability to successfully defend oneself under all possible circumstance. Since quite apparently we cannot count on the protection by our politicians or police, we are again being forced into training for our own defense. Malak Kali is not a sport, and the term “martial art” (though it still applies) can also be misleading since outside of Asia many people think of an “art” as some complex, complicated process with lofty goals. Malak Kali aims for efficiency gained in the shortest time possible. It is a concept that allows the practitioner to learn the basis Malak Kali in just a few training sessions. Instead of forcing the students to undergo weeks, months or years of basic training, “forms” and drills and such, we immediately teach the basic real-life applications – with knives, swords, other weapons and empty hand – this way, even if the moves are not “perfect” in the theoretical sense, the practitioner will be able to USE THEM for defense very quickly.

And as a second step, we then correct the mistakes by coaching within the real-life settings. As much as humanly possible, we stay with the reality of fighting, and we avoid the “dojo type theory” of the “martial arts” of today. This approach gives the students an ability to defend themselves in a short period of time, and then the opportunity to correct mistakes and master the moves. Thus, we use a different way than most other so-called “martial arts”. Martial Arts – such as kali or arnis – have their foundation built on the warrior training, and this kind of training (and thus all true martial arts) is based on training with weapons – swords, knives, guns and all kind of other weapons. The unarmed training is only the “last resort” kind of training – for such cases when we’ve lost our weapons for instance – which still has always been and SHOULD be directly connected to the weapons training. This means the very SAME moves and positions both armed and unarmed are the same or very similar. There are many important reasons for that, i.e. to avoid having to train 2 different systems and also being able to switch from armed to unarmed very quickly and at the same time being able to combine the two levels (armed and unarmed). In order to fully understand the mindset behind Malak Kali you need to be aware of the history of the region.

Southeast Asia has always been a relatively violent region of the world. Many conquerors tried to invade over the centuries, in China, the Philippines ,and Indonesia. Pirates have always had a large influence – up until today. Even the last know cannibals have reportedly been active in this region of the world. Carrying a knife, a sword or a machete or at least a staff or stick still is a pretty regular thing in this region of the world… and USING such arms, too. It is also a region with lots of jungles and dangerous wildlife. It was and still is common for many large families to develop their own fighting systems. That’s why there are literally hundreds of different names for such systems, many carrying the family name of the founders, such as in MALAK KALI. This world with thousands of islands, often cut off from the rest of the world, made for a very special kind of culture, and also made it necessary for the inhabitants to be able to defend themselves, against invaders and pirates.

It is to some extent a much more violent kind of culture than others, however, I would call it “ready for defense” and “willing to defend”. It’s not the opposite of peaceful, rather it’s the understanding that a people without defense will perish very quickly. This is a lesson from history. If you want to survive, you HAVE to be able and willing to fight. In a region such as Southeast Asia, very colonial empire and invaders have conquered and ruled these island time and time again, everyone knows this simple truth of life. Thus, in this culture, carrying and using weapons is quite “normal”, and both male and females family members have no problem with this. Personally, I can only support this way of thinking. You CAN be both peaceful, but still ready for your defense and the protection of home and country. Are our politicians not using armed protection? Even the POPE and the DALAI LAMA has armed bodyguards. Using weapons for self-defense is a GOOD purpose in my book… quite literally so.

Every life is a life worth saving, yes, but if someone wants to TAKE MY life or gravely harm me or my family, I will put my survival over the life of such an attacker. This is the underlying philosophy of this fighting art. Unlike in Japan, Korea and other parts of Asia, where martial arts have been turned into sports (like Judo, Karate, Kendo, Taekwondo and Muay Thai and then kickboxing, MMA and the like) the Kali, Arnis and Escrima systems are still mainly MARTIAL arts, the arts of jungle fighters, street fighters, freedom fighters. You need to understand this difference to what today is known as “martial arts”. Today, the term “martial art” is being used for the “sport-like” systems of today, and in my view, this is a wrong use of the term. “Martial” means “connected to warfare” and warfare without arms is not a reality.

The use of weapons of various types have always been the core and in the center of true martial arts; anything else is NOT a martial art. This also goes for Malak Kali. In Kali, Arnis and Escrima you must give up the thought of weapons being “bad” or “cowardice” or “violent”. A weapon in itself is inert. It is a tool. It is the person using who decides if he or she will use it in a “bad” way, meaning for attacks, crimes or terror acts – or for defensive purposes. A defenseless people who no longer have the will, ability and/or courage to fight will perish when being faced with violent intruders. Never forget this historical fact whenever you start wondering if weapons are good or bad… a weapon has no moral code or lack of it. Only the person using it. Thus, do not judge a weapon, judge the person using it, judge THE PURPOSE a weapon is being used for. 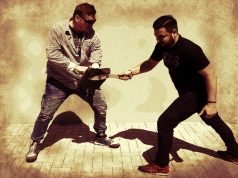 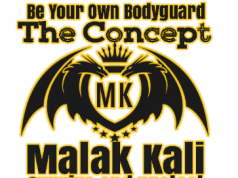 BE YOUR OWN BODYGUARD – The Concept – modulare Ausbildung für persönliche Sicherheit, Selbstschutz, Personenschutz

Welcome to NEW GENERATION TRENDS – your info platform with news, tips, and offers in the sectors of safety, security, self-defense, survival and pertinent training courses for both professionals and private citizens. A service of Brillstein and Cobra Services LC
Contact us: marketing@cobra-systems.com

PPO- THE CONCEPT – a comprehensive training for close protection specialists...

BE YOUR OWN BODYGUARD – The Concept – modulare Ausbildung für... 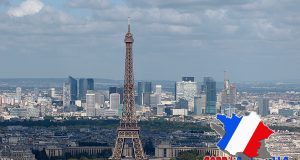 DO BUSINESS IN FRANCE – your foothold in Europe 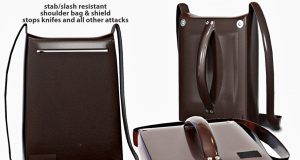 USE THIS in order to survive knife attacks and other armed... 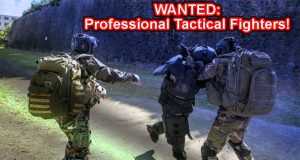